From the wilderness of the hills to the modern day hustle and bustle of downtown Gatlinburg, the Smokies have a never ending story of history, beauty and discovery. Here are just 8 of the moments throughout time that have played a significant part in the journey of the Great Smoky Mountains!

The Beginning and The Cherokee The natural history of the Smoky Mountains is far too infinite to ever try and describe it all with just one write up, but the human history of the mountains is a bit easier to summarize. It’s no secret that the Cherokee have a deep history here in ‘Shaconage’. The place of blue smoke is a sacred home to the Cherokee and when the Spanish explorers arrived in the mid-16th century, the tribe already had roots established in the hills that run far deeper than those of any settlers. During your stay with us in Gatlinburg, take time to spend a day in Cherokee, NC and learn more about their history, culture and modern day life.

Settlers Arrived in Search of Opportunity

By the mid-18th century more and more explorers and settlers began to make their way into the area, leading to significant changes in the life of the Cherokee, including an invasion of their territory during the American Revolution. In 1838, many of the tribe’s members were forced west to move west along the Trail of Tears. However, some of the Cherokee were able to retain part of their land on the Qualla Boundary, the same area that they call home today. As more settlers made their way into the Smokies, it wasn’t just the Cherokee that called the area home, some of the settlers began to set up permanent homes as well by the 1790’s. A move that would be a huge turning point in the future of the Smoky Mountains.

In 1807 Marta Ogle arrived in White Oaks Flats due to a dream that her late husband, William Ogle, had of moving the family to what he had referred to as the “land of paradise”. During his time visiting the Smokies from South Carolina he had fallen in love with the area and with the help of members of the Cherokee tribe, he had begun building a cabin for them to call home. After his death, Martha packed up her children and made a home in the area that we know of as Gatlinburg today. Her decision to live in the area was soon followed by others and created a settlement that would continue to grow.

The Days of Logging With folks moving to the area and others discovering the massive amount of resources within the Great Smoky Mountains the area was a hot spot for logging by the late 1800’s. The lumber companies coming to town did provide jobs for area residents, however, slowly but surely the hillsides of the abundant forest were being stripped of their beauty and virgin forests. The head of the Little River Company, Wilson B. Townsend began to see the opportunity for tourism as well and began to advertise the area and soon created a top vacation spot for the elite from Knoxville. His decision also played a huge part in saving the mountains from the logging companies and preserving the area for future generations.

The Establishment of the Civilian Conservation Corps

In 1933 the CCC was established at a time when the country was dealing with the Great Depression. The establishment provided work, but it also led to roads, trails, fire towers and more to be built throughout the Smokies. The hard work of the crew members can still be found throughout the area today.

1934 the efforts of Colonel David Chapman and many others had paid off. Chapman had been one of the elite that had discovered the beauty of the mountains because of the efforts of Wilson B. Townsend’s desire to attract tourists. Only he recognized the importance in establishing a national park in the Smokies and in turn protecting its natural beauty and resources for future generations. By 1932 most of the main pieces of land were purchased and in 1934, the national park officially opened.

On September 2, 1940 President Franklin Roosevelt stood on the Rockefeller Monument at Newfound Gap and dedicated the park as a sanctuary that would be a national park for people of America and the rest of the world to enjoy. Today, the Great Smoky Mountains National Park is the most visited national park in the country.

From White Oak Flats to Gatlinburg

With the establishment of the national park, the Smokies quickly became an even more popular spot for nearby locals and visitors from all over. The community of White Oak Flats began to see more visitors as well due to it being the gateway to the Smokies. In 1945 the city of Gatlinburg was incorporated and the little mountain town of White Oak Flats took the first steps towards becoming one of the most popular vacation destinations in the country.

The Great Smoky Mountains National Park and Gatlinburg are filled with countless stories, deep roots, history, culture and beauty. You can read about it every day and still never take it all in. The best way to truly understand it, is to visit and experience it. In 2020 Gatlinburg is celebrating 75 years of being America’s Mountain Home. Join us! Stay with us at our downtown Gatlinburg hotel, enjoy a home away from home experience in one of Our Guest Rooms and let Our Amenities add extra comfort to your stay!

We hope to see you soon! 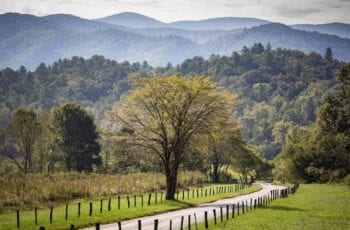